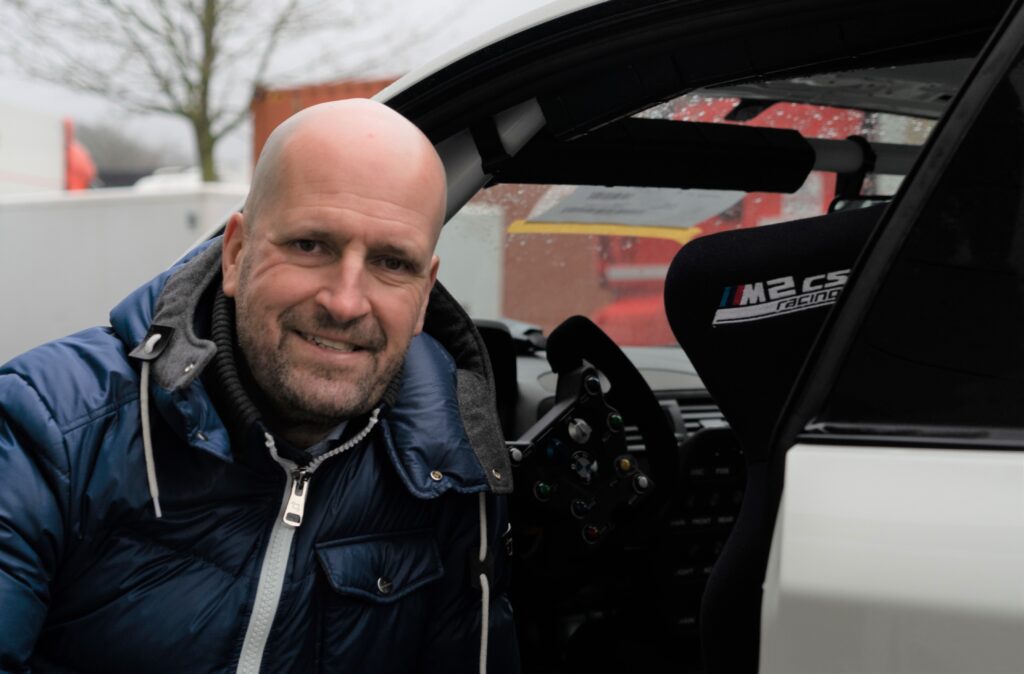 The BMW M2 Cup will kick off its inaugural season in May 2021. During the DTM test at the Lausitzring, drivers in the new series will have their first chance to try out the BMW M2 CS Racing on the racetrack. In our interview, series manager Jörg Michaelis talks about the development of the championship, its special features and the opportunities it presents.


At the end of 2020 you set up the BMW M2 Cup as a new series for young drivers in collaboration with BMW. What has the response been like?

It’s been very positive. Obviously one reason for that is that the budget to race in the series is achievable for many young drivers. We have also developed a full-service package for all participants, including test days, teamwear, hospitality and open and honest partnerships with one another. We have integrated our Speed Academy, too, which is now in its 16th year and gives the winners the chance to make the next step up on the career ladder. I don’t know of any other series offering such opportunities, especially not for young drivers, hence why the number of entries and enquiries is so high at the moment.

The entry period was supposed to end on 15 April, but it has been extended. How are entry numbers looking? To what extent is the coronavirus pandemic affecting your plans?

Things are going very well. We have many entries from Germany but also from other countries. We are also in talks with quite a few potential entrants. It’s natural that drivers have questions, given all the uncertainty surrounding the pandemic, which is why we moved the deadline for entries back one month (to 15th May). This gives potential participants the chance to take a look at the set-up at the Lausitzring test before making a decision on whether they want to enter. It also gives us the chance to clear up any issues – after all the series is brand new.

The series has a number of interesting features, such as cars being allocated to drivers before each race weekend. How would you describe the series’ DNA? What are its values?

Transparency, equal opportunities and honesty are particularly important to us. Each entrant should have the same opportunity to be successful – and that begins with allocating the cars at the race weekends. Data analysis is the same, with every driver able to see the data of the other drivers. It’s really important to communicate openly and transparently. Every driver receives the same service and opportunities in our Speed Academy, too.

Promoting young drivers is a crucial element of the series. What do the drivers have to look forward to this year?

A great deal! Especially at the Speed Academy. We have drawn up a comprehensive training programme in collaboration with Axel Funke, our sport scientist. We are also working together with a variety of partners and have formed a partnership with the atleta platform, which prepares training and nutrition plans for the drivers. What’s more, they can also train on our in-house simulator or also receive original M2 data for their own sims. We will have physiotherapists at all of the race weekends, as well as allotted time with race engineers for every driver where they can receive some technical training. We feel that it’s important to provide a full-service package to the drivers. Then, of course, there are the exciting races and some famous faces as guest entries, who will mix up the field a little. If you are competing in the series and perform well, you might find yourself in a GT4 car or with the BMW Junior Team sooner rather than later.

The races in the 2021 season will all take place as part of the DTM support programme. Do you hope to generate any synergies with the series? How can your partners benefit from the international platform?

First of all, racing alongside the GT3 and GT4 championships is a great platform for us. BMW has a significant presence here and being together at the race weekends will only benefit our partnership. We will also be integrating Timo Glock into the BMW M2 Cup and our Speed Academy. Of course, we will profit from the prominence of the DTM, and we see many potential touchpoints with ITR’s plans, especially regarding sustainability and the future of motorsports. There’s a great amount of untapped potential here and we are focused on that 100%.